Almirah was known to be woman clothing brand but after the launching of Waseem Akram series. It has become the brand for everyone just kids collections are due from them which they haven’t introduced yet.

Almirah launched in 2012 and in just 5 years they are known as one of the best brands of traditional dresses in the woman category. But just some months back they introduced Waseem Akram series and now on Eid they have launched Waseem Akram Eid Shalwar Kameez. Which are in plain designs of different colors.

Almirah means ‘Closet’ their collections are ranging from casual, semi-formal, kurta shalwar and bridal dresses for the woman. 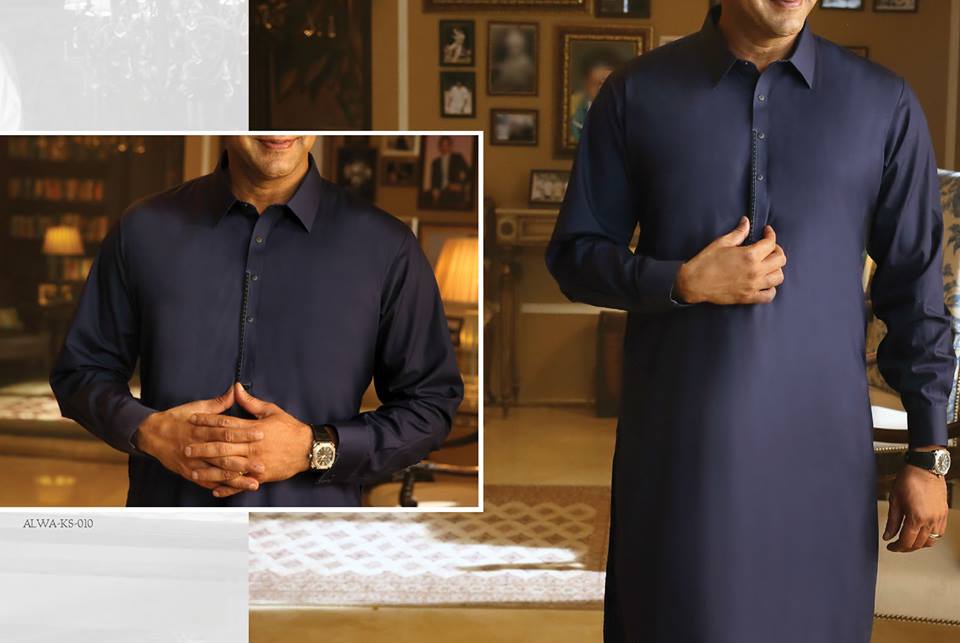 After his retirement from cricket Waseem Akram is involv in different things. Now latest venture for him is the shalwar kameez collection named against him launched by Almirah.

These shalwar kameez designs for men are in plain designs on different colors which are usually worn during the summer time.

These colors are common and seen on every men kurta shalwar. You can choose any color which suits you. Because there are lots of options in colors. But there aren’t any options in designs. These are just simple shalwar kameez dresses for man.

To add more spice to these Wasim Akram Shalwar Kameez. You can wear Waistcoats on these dresses and add a classic style to your Eid dressing. 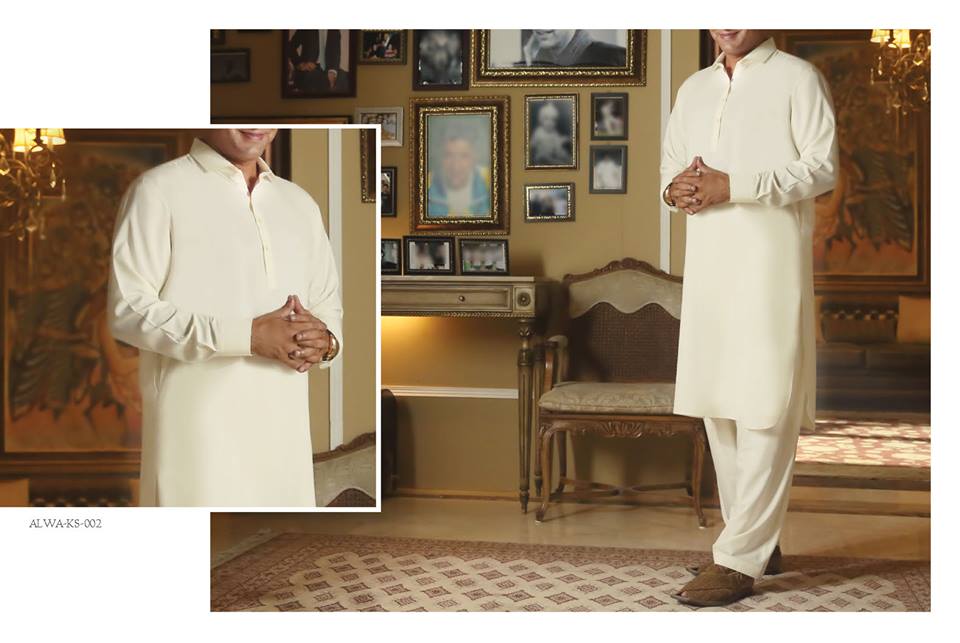 Choice of footwear will depend on your choice and the conditions. Because the rainy season is ahead so you might consider wearing shoes. While going out if it’s not raining wear chappals of any color usually black and brown are worn.

So sit back and enjoy the Wasim Akram Shalwar Kameez images and choose the best dress for you that you can wear on Eid and in daily routine. 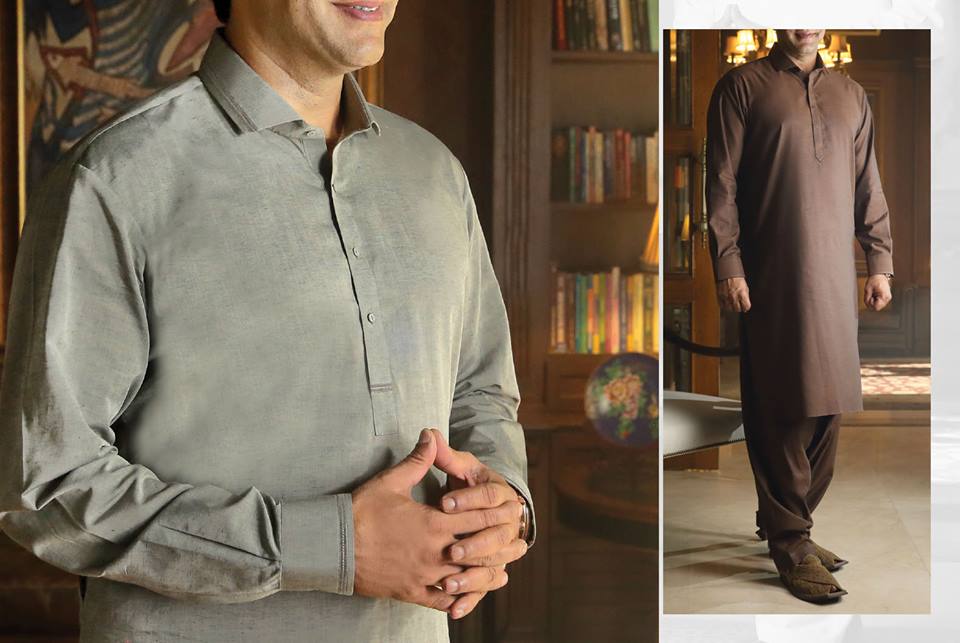 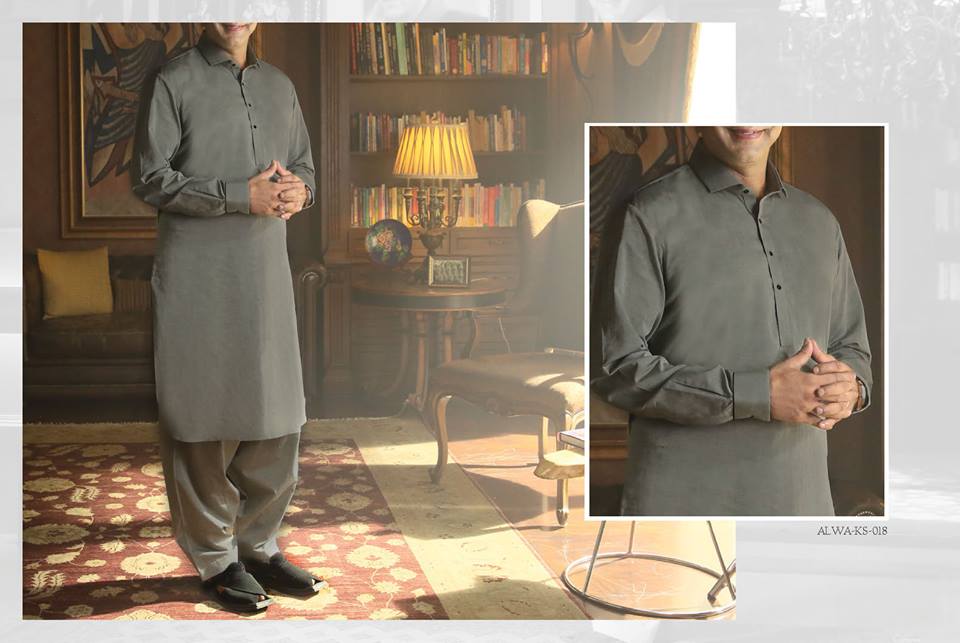 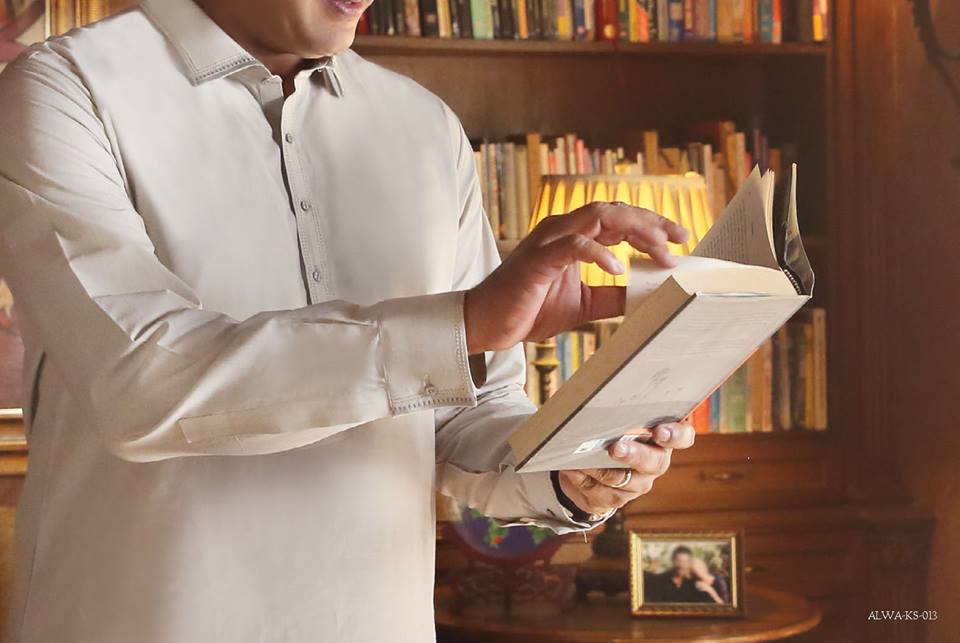 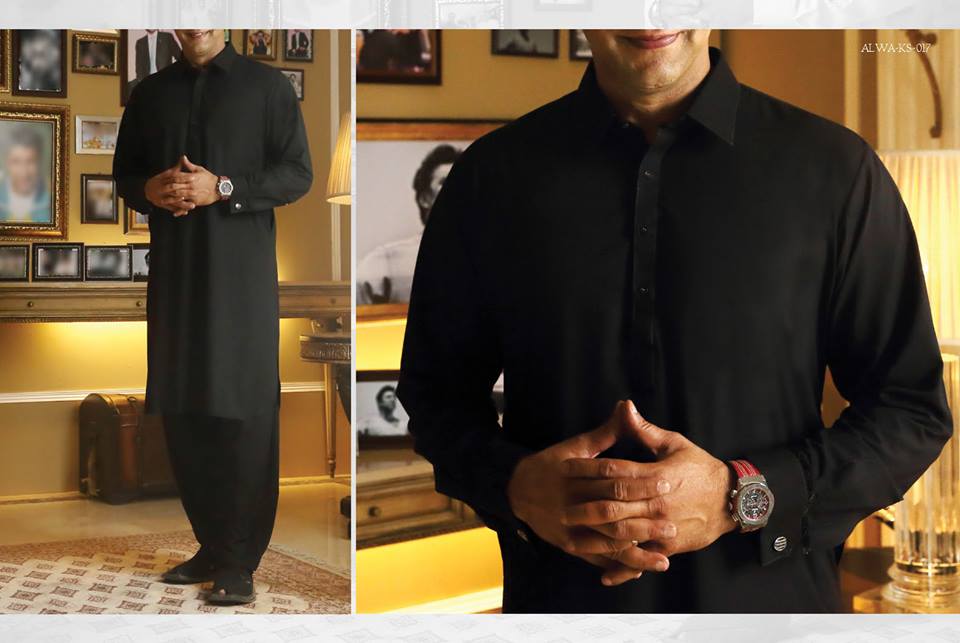 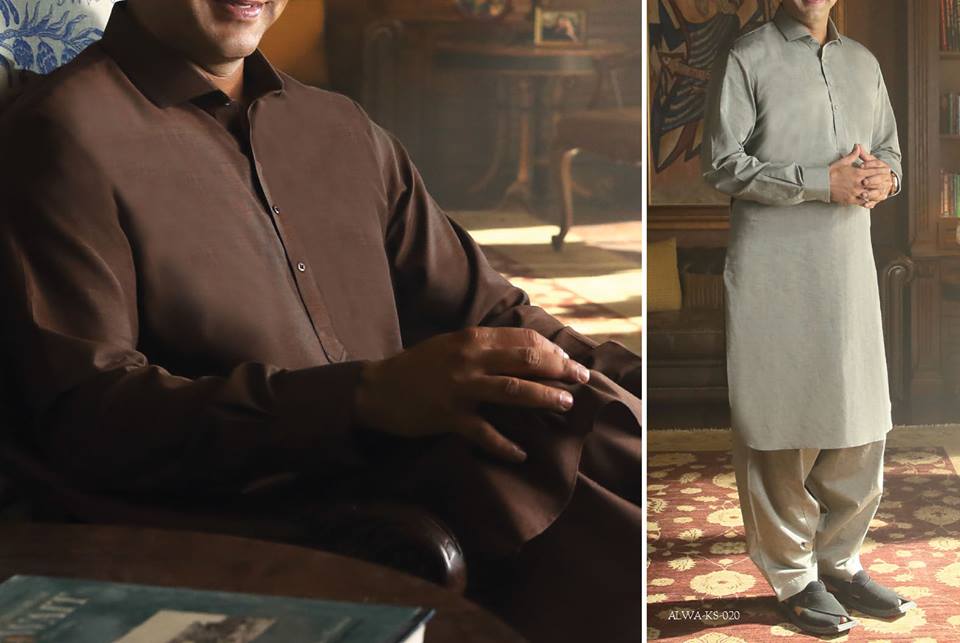 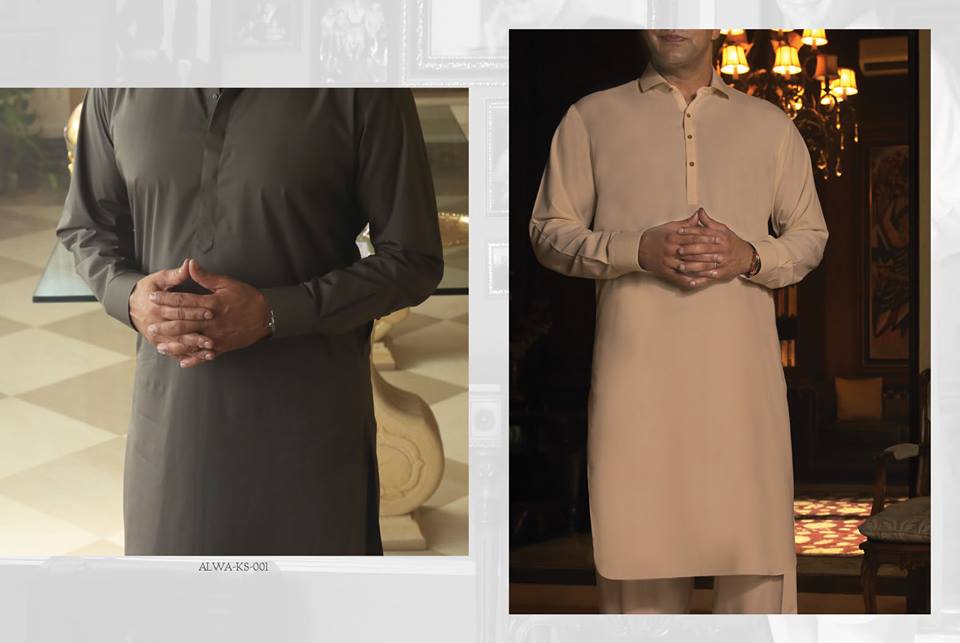 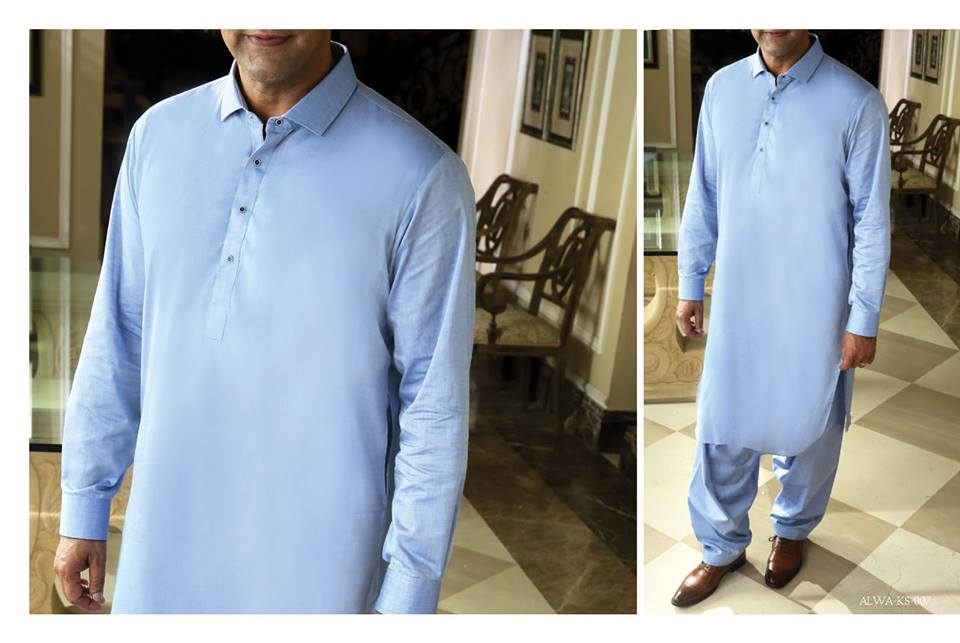 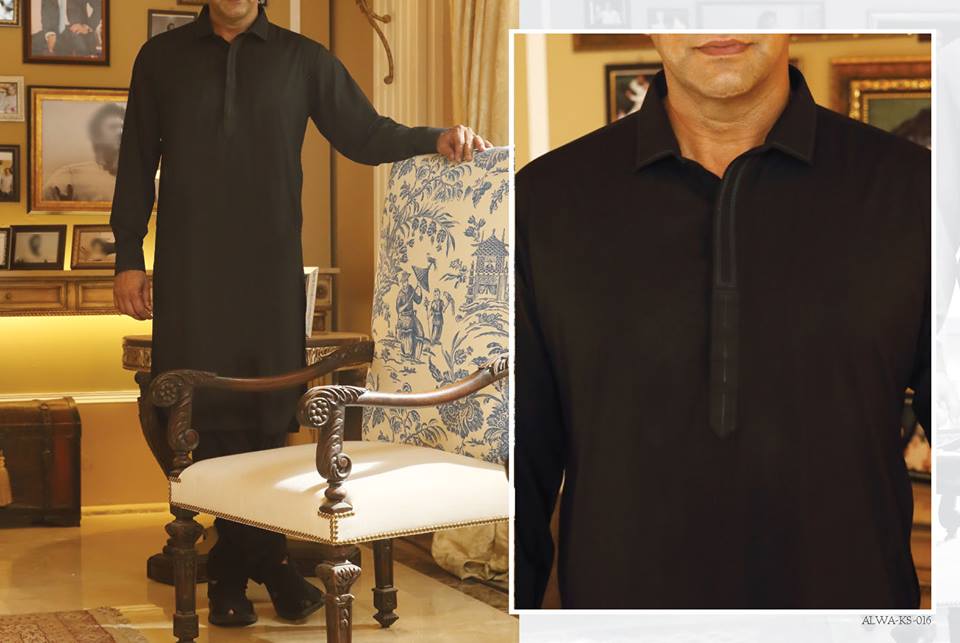 Sania Maskatiya Casual Kurta Collection is available in different patterns and colors and can be worn till the spring season with matching shalwars or jeans.

Men Eid Kurta Shalwar Eid Ul Fitr Collection is launched by Naqsh which is the sub brand of Nishat Linen have a look at the shalwar kameez designs launched for this season.

Ismail Farid Eid Kurta Shalwar Designs are classic and elegant which all boys need to wear on this Eid Ul Fitr check out the complete catalog and find your favorite dress form.